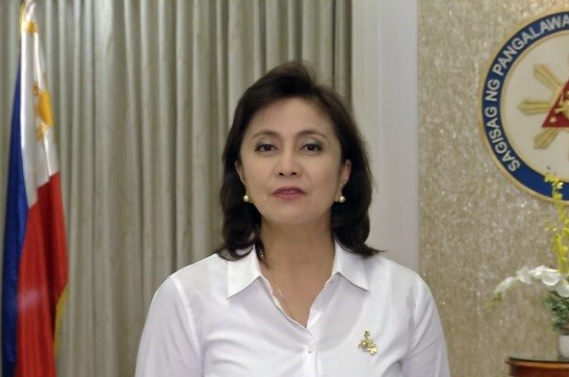 Ma'Rosa, originally titled "Palit-Ulo" (a term referring to the backdoor exchange usually involving corrupt policemen and captured criminals), actually depicts a reality that is happening in the Philippines. We all know that story in this Indie film by Director Brillante Mendoza is really occurring especially in depressed areas.

“They (communities) told us of the ‘palit-ulo’ scheme which means ‘exchange heads’ where the wife, husband or relative in a so-called drug list will be taken if the person himself could not be found.” - VP Leni Robredo

Vice President Leni Robredo recently revealed that government forces use 'palit-ulo' scheme in drug war. She explained it as "substituting a relative if a drug personality fails to appear." She said that when police are not pursuing suspected drug users and pushers, they are allegedly rounding up innocent relatives of individuals on their drug lists. Relatives are snatched if the drug suspect is nowhere to be found! She seeks help from the international community against these "warrantless arrests."

However, Malacañang hit back at the Vice President for misunderstanding the police’s 'palit-ulo' scheme amid the war on drugs. Presidential Spokesperson Ernesto Abella said Robredo’s statements are unfounded. They said that the 'palit-ulo' is to seek assistance from the drug personalities to squeal on a bigger fish in exchange of getting lighter charges. Malacanang said Robredo was misinformed. The Philippine National Police (PNP) urged Robredo to cite specific cases on the so-called “palit-ulo” scheme in the government’s war on drugs. They requested that she should have reported it first to them so they could conduct an investigation. But many are also demanding for her to recant the erroneous information.

Are we to believe that it is really a strategy to catch the higher level drug suppliers? Are you also in favor of giving the informant lesser period of incarceration?

Should Robredo have raised her concern on the alleged human rights abuses in the drug war to the PNP first before broadcasting it to the international community?

In a conflicting statement made by a PNP official, he said that the 'Palit-ulo' incidents are not sanctioned by them, however, Malacanang recognizes it as a means to catch the "bigger fish."
Unmask the elaborate, calculated, and deadly play! 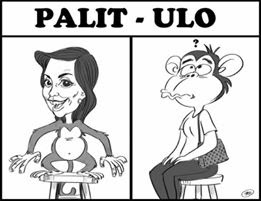 “You cannot kill addicts and declare the problem solved. We must all demand greater transparency in the government’s war on drugs because this is a major, publicly-funded campaign." - VP Leni Robredo

Filipinos are feeling hopeless and helpless, more than 7000 are dead by Extra Judicial Killing (EJK). Filipinos can't walk the streets safely. We can't even sleep soundly in fear that the police will suddenly break in our homes and kill us. We can't even ask fro help from the police because they are the culprits themselves. The Duterte administration should focus on "the war that really matters" — the war on poverty.

I believe that the most effective way to fight Drugs and Criminality is the elimination of poverty. And not killing through an "War on Drugs" authority vested by the virtue of higher office. We should demand a "War on Poverty" instead, which could mean establishing sources for livelihood and employment to provide for the everyday needs of the poor and keep them away from illegal ways.
Wazzup Pilipinas sa Thursday, March 16, 2017
Share