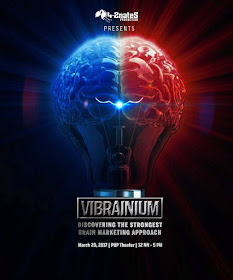 Get ready to wear your capes of excellence and unleash the versatile superhero inside you! Break stereotypes in a world of ordinary mortals. Be the VIBRAINIUM!

A much awaited seminar entitled “Vibrainium: Discovering the Strongest Brain Marketing Approach” will be dominating on the 20th of March 2017, Monday at Polytechnic University of the Philippines Theatre, College of Communication.

The title itself is acquired from the Marvel’s highly acclaimed fictional term “Vibrainium” which is considered as the strongest metal across the universe. It is commonly known as one of the materials used to construct the shield of Captain America. As the term suggests the said seminar will unveil the strongest approach in brain marketing.

The event is organized by the 4-2nates Productions, an assembly of creative and talented marketing students from PUP Manila. It will explicitly set to commence with the Registration at 11:00AM. The program proper will start at 12:01PM up to 5:00PM. 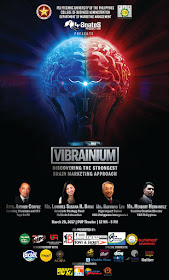 The topic will deal with how the brain is such an effective tool in the practice of marketing. Specifically, it will tackle about the two sides of the brain which is responsible for the logical and creative processes and how these two play a great role in the strategies of a marketer.

The organizers are expecting 500 delegates from PUP marketing department including the faculties, guest speakers, corporate partners along with students from various universities in Metro Manila.

The admission is free. For further inquiries and ticket reservations, you can contact Ms. Dailyn Palmes at +639109373248.