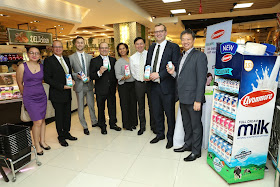 The famous milk brand, which has full cream, low fat, and skimmed variants, will be available exclusively at Marketplace by Rustan’s and Rustan’s Supermarket branches.

Ambassador to Ireland Geoffrey Keating and Ireland’s Minister of State at the Department of Housing, Planning, and Local Government John Paul Phelan, TD, were delighted to find one of their country’s most beloved brands on the shelves of a supermarket some 7,000 miles away from Ireland.

“It’s like seeing a bit of home,” says Keating. “I haven’t seen Avonmore in the Southeast Asian region before. This is a first and it’s a very nice feeling to walk into the store and see the display.” 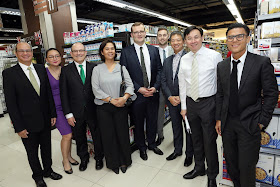 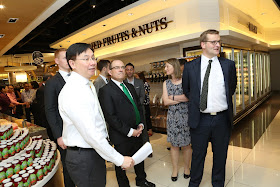 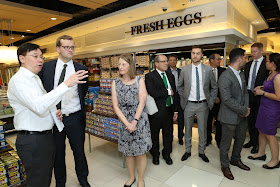 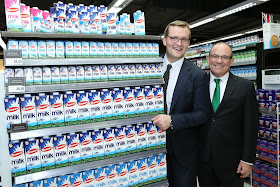 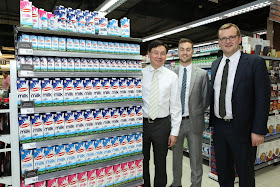 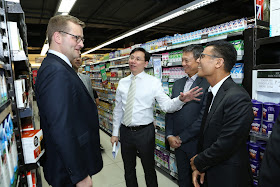 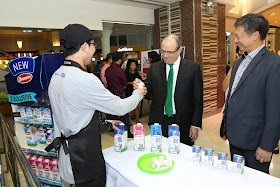 RSCI CEO Irwin Lee also looks forward to continue forging a solid partnership with Ireland, one that will hopefully see the arrival of its other world-class goods and brands in these shores. Nicknamed Emerald Isle, Ireland boasts a lush, green terrain that support its thriving meat, fish, dairy, fruit, vegetable, and cereal industries.

“Marketplace by Rustan’s is known for its wide variety of international products, and we want to keep expanding the selection for our customers,” says Lee, who is in talks with the Irish Food Board. “Avonmore is the No. 1 milk brand in Ireland and is our first Irish grocery product, so we’re proud to be able to make it available to our shoppers and offer them a better experience at our stores.”

While it’s grown to become Ireland’s most purchased grocery brand, consumed by over 80 percent of households each day, Avonmore has remained loyal to its roots in supporting the cooperative of rural farmers who maintain free-range, grass-fed cows that are milked twice daily still owning a bulk of the multinational company’s shares.

The milk is also tested an average of 35 times, ensuring quality content in every carton. “The Irish dairy industry has the most carbon-neutral method of producing milk,” says Phelan.

“I’m very proud,” says the minister of how far Avonmore has come more than five decades later. “I’ll be putting this up in my Twitter account in the next few minutes: ‘Avonmore in Manila.’ Who would have guessed?”