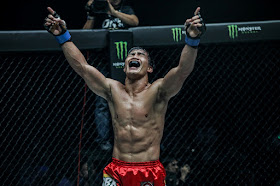 Filipino fighter Eduard “Landslide” Folayang feels extra motivated in his first defense of his ONE Lightweight World Championship title next month as he and his wife have welcomed a bouncing baby girl to their family.

His spouse Genevieve gave birth to their first-born child on an early Monday morning, 13 March at the Pines City Doctor's Hospital in Baguio City. The couple tied the knot in April 2015, with Folayang describing his wife as his lifetime coach.

Folayang named his daughter Yeshuareigns, which means “Jesus reigns.” The 33-year-old mixed martial artist is a devoted born-again Christian and is also known for the public expression of his faith.

As a first-time father, Folayang was at a loss for words when he first saw and held his newborn child.

Quite similar to his professional mixed martial arts (MMA) career, Folayang admitted that raising his daughter properly will pose a challenge.

“This is a huge blessing for our family. It felt like I won another world title in mixed martial arts. I am so happy. This is one of the most momentous moments in my life. I hope and pray that I can be a good role model to my daughter. I will be the best father that I can be,” he said. 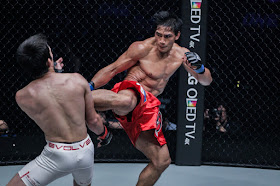 With over a month to go before he steps inside the ONE Championship again, Folayang stressed that his daughter will be his driving force to win.

“I can truly say that I am super motivated for my upcoming fight in April. My newborn daughter gives me the much-needed inspiration with the challenge that is ahead of me,” he stated.

Folayang will defend his ONE Lightweight World Championship belt against Malaysian-Kiwi sensation Ev “E.T.” Ting in the main event of ONE: KINGS OF DESTINY, which takes place at the 20,000-seater SM Mall of Asia Arena in Manila, Philippines on 21 April.

“I know how exceptional Ev Ting's talent is. I am in a tough preparation for my first title defense. My main advantage over him is my experience as a fighter, especially in the lightweight division. We all know that Ev Ting came from the featherweight division, so I'm more used to fighting in this division,” Folayang said about his marquee match-up with Ting. 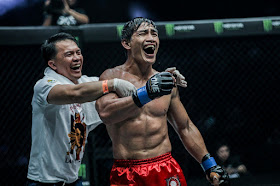 Knowing that Ting is driven to make history as the first Malaysian combatant to win a world title in MMA, Folayang vows to do everything in his power to make sure that he keeps the coveted lightweight strap around his waist.

“Ev Ting is an amazing competitor and has obviously earned the opportunity to challenge for the title. He is the complete package, with good striking and a really good ground game. I need to be at my absolute best to make sure I can defend the belt successfully,” he ended.