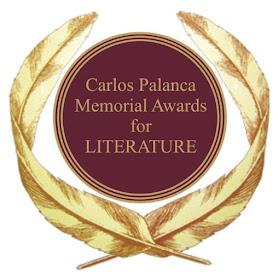 The Carlos Palanca Foundation, Inc., the Awards’ organizer and sponsor, received entries in 20 categories, as the Novel and Nobela categories were not opened this year. Distinguished judges handpicked from their respective areas of expertise evaluated the submissions.

The awarding ceremony had multi-awarded actor, director, and theater artist Antonio “Tony” Mabesa as speaker and guest of honor. Mabesa is a professor emeritus at the University of the Philippines, for which he founded Dulaang UP. Mabesa was conferred the Gawad Dangal ng Lahi for a stellar career spanning six decades, during which he was involved in countless productions and has mentored students who eventually carved their own names in the industry.

The Palanca Awards is the longest-running literary competition in the Philippines and is considered as the gold standard in writing excellence. Named after the businessman and philanthropist Don Carlos Palanca Sr., it aims to both enrich Philippine Literature by giving incentives to writers and serve as a treasury of Philippine literary gems.


Following is the list of winners of the 66th Palanca Awards: