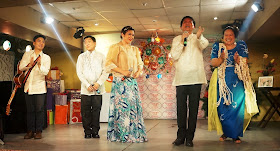 Mabuhay Restop brings you another hilarious show anchored on their satirical way of bringing humor based on Filipino idiosyncrasies. Those little quirks or funny behaviors that somewhat makes us all strange, unusual or unique to many are what highlights the show filled with ludicrous scenes.

We would sometimes see our life as amusing or laughable through obvious absurdity, incongruity, exaggeration, or eccentricity. It is admirable to be able to laugh despite the diversity all around us. What the majority considers absurd or irrational could very well be taken as a likely candidate for a comical scene for many to appreciate.

We may not all be able to relate to all the comedy skits because of culture differences, and how we were all raised or brought up in society, but the general thoughts in this theater gag show entitled as LOL is filled with a showcase of diverse characters are there to tickle us into a frenzy of laughter.

From making fun of beauty pageants, TV game shows, to paying tribute to the iconic Yoyoy Villame, everyone in the audience was treated to a fun night immersed in Pinoy trivia, seemingly outrageous for some, now brought into the lighter side. 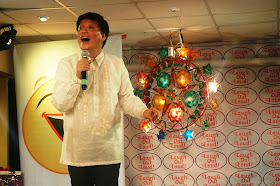 Rito Asilo's characterizations are effectively pleasing and creatively unique from each other that you'll think they are portrayed entirely by different individuals. He also manages to entice the crowd with his singing performances which are distinctively a level higher than the rest of the cast's song numbers. He was outstanding in his portrayal of a dying man trying to get into the head of an illiterate maid.

Melinda Torre plays an assortment of characters like a clueless bold star with lot of secrets, a game-show contestant, a Miss Universe finalist, etc. Her acting would sometimes feel so annoyingly exaggerated but I guess those idiotic roles are necessary to satisfy the interests of the more liberal audience. I actually enjoyed her singing serious songs more than her acting since I see her more attractive wearing decent traditional Filipino clothes.

Andy Bais, whom I've seen already from the other Mabuhay Restop shows, is always convincing in his old man or father roles because of his age. He also belts out great song numbers, and though I appreciate the group medley, I actually wanted him to sing all the Yoyoy Villame songs as they fit him more to a tee.

Nadja Matining adds a much-needed character to complete a picturesque gag show setting. Who doesn't love a chubby comedian who proudly asserts her uncanny "voluptousness" into a foray of craziness?

He may have a talent in playing the guitar but the audience liked Francis Rae Quilantang more when he was one of the Miss Universe contestant dressed up as a woman. I don't know why many of us would laugh at the thought of seeing good looking men wearing ladies clothes. It's probably why members of the LGBT community are widely accepted in the arts and entertainment field. 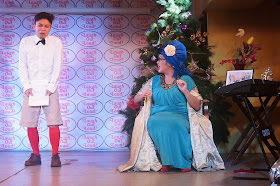 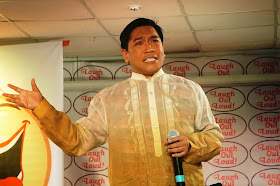 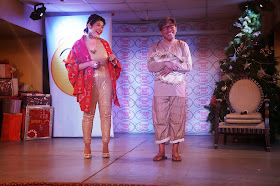 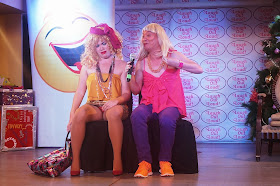 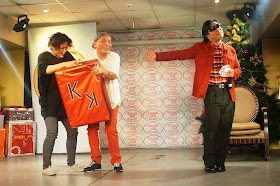 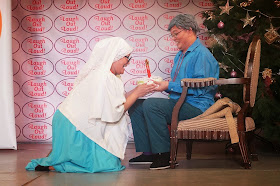 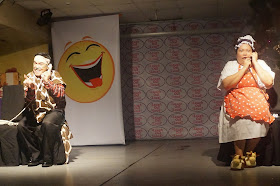 The attention of the audience towards the show's entirety is unfazed mainly because the portrayal of characters in every scene keeps the comical rhythm always harmoniously engaging.

There were already two show dates last December 12 and 22, and more to happen on January 3, 13, 24, 28, 30 and February 7, 13 and 21. The shows start at 7 pm at Mabuhay Restop located at South Drive Area II Rizal Park Ermita Manila just before entering the Manila Ocean Park.

Find out more about LOL and the Mabuhay Restop shows at http://www.mabuhayrestops.com