Queen of all Queens 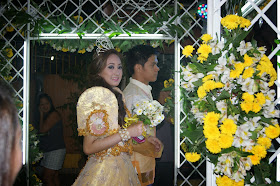 Filipinos love fiestas. They are celebrated all year round and all over the country during summer especially in the month of May. One of the most awaited fiesta in May is the Santacruzan which is also considered as the "Queen of all Filipino Festivals." During this summer I was asked to joined the Santacruzan, I immediately agreed because it looks like it would be fun and I think it would be a chance for me to give my thanks and appreciation to Mama Mary for all the blessings she gave to me and my family.

The Santacuzan was held at Santolan, Pasig. We were supposed to be there at 5:00 in the evening to attend a mass in the Santolan Church but it took hours for the makeup artist to finish my hair and make up. That's why we arrived at 7:00 in the evening.

After I arrived at the church, the parade started. I was a bit embarrassed because I was the reason why the parade started late. This is my first Santacruzan that's why I am a bit nervous but it was soon overpowered by the feeling of excitement and happiness. My escort was my former classmate in nursery and he is also my neighbor. The parade was super fun and I can hear praises from the people around us. 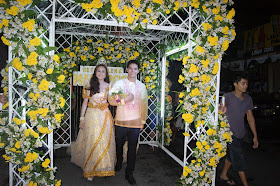 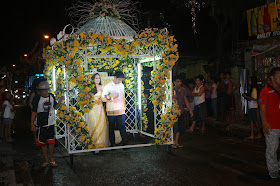 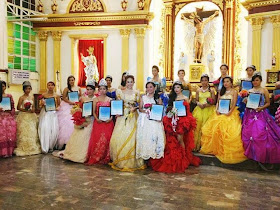 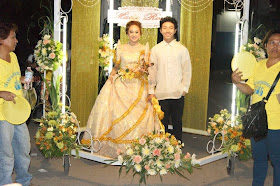 My second Santacruzan was held at barangay Dela Paz and my escort that time was my cousin. 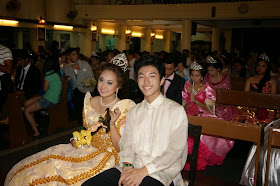 I gave this article a title "A Queen of all Queens." We were 30 candidates overall and I was the one chosen to be the queen of all queens. This is a money matter contest. The highest the money you donated the highest rank you will attain. Joining an event like a Santacruzan is really tiring and it will really take a lot of your time. But when you see all the happiness and appreciation on someone's face while they were watching you, all your stress and tiredness will vanish.