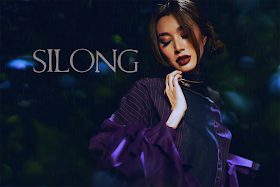 Nicole Laurel Asensio is an award winning Singer- Songwriter, she has taken home an Awit Award (2017) and a TrendStar (Korea) Award (2018). She is often referred to as the "Schizoprano" because of her versatile vocals able to span many genres and her quick adaptability and resilience in the music industry.

Silong is a song I gave up on many times because it wouldn’t lend me an ending, it is also the only original song in my upcoming album that I did not predominantly write the lyrics for, instead I focused on the melody and being involved in instrumentation ideas with my bandmates.

I first sat and jammed with Kim Lopez (keyboardist) humming a tune as he played random chords, and it was instant, on the very first try a simple melody sputtered from my lips and that was it, in its raw form, the melody was final, unaltered. Soon after I found myself threading through the lyrics… and that is where I had my many tangles. I first wrote the song in english, it was entitled “Once” but somehow the melody wasn’t sitting in the same mind-space because it was reminiscent of classic OPM melodies from the 70s… so somehow it was asking for Tagalog lyrics. I asked my mom to give a quick listen and she agreed, it did need Tagalog lyrics. I wrote 5 drafts of Tagalog lyrics and was unhappy with all of them. I reached out to a few songwriters for a writing collaboration, and none of the meetings happened. I decided it was time to bury the song.

My father passed away. And though I tried to be creative, It seemed subconsciously I buried the concept of songwriting altogether, my body and mind just weren’t digesting the process anymore. I buried the notion, I buried the possibilities, I buried myself in an onslaught of gigs and events (which I couldn’t be more grateful for) but…. No songs. Nada. Not for years.

One early summer afternoon I was cleaning up my old hard drive and found 49 (yes 49, I don’t know why 49 and not 50) unfinished songs and poems all works in progress, half written, half forsaken…  this one happened to be on the top of the list. I decided to give it another shot. But I wouldn’t take the lead on the lyrics for this one, I would be generous control wise and let someone else take the lead. That person was a friend I’d never worked with before— Itchie Montilla, an ex member of the Philippine Madrigal Singers. I sent him a melody and he sent back a draft of his lyrics, I edited them a bit and then called my trusted band barkada to come over.

There were 10 of us in a 10 square meter room (we each picked our own square meter) Michael Alba on drums, Karel Honasan on Bass, Ira Cruz on Guitar, Nikko Rivera on keys, Michael Guevarra on saxophone, Lester Sorilla on Trumpet and a few more friends and their glasses in hand. The sun was blaring through my very small attic window, we were all squinting and laughing and the energy was pure, there was a lightness that I hadn’t felt in years.

The arrangement was a group effort, Michael A. And Michael G. Being the intelligent musical tricksters they are, did some interesting arithmetic in the bridge and only then was the melody adjusted.

We had the arrangement, and quickly set a schedule to record… no plans to release, just record for fun… We booked in Wildgrass studio, and because my musical family keeps growing, we added more elements… adding to the mix was Isla Antinero on trombone, Ted Amper on Cello and Jobri Cimafranca on Violin with a strings arrangement done by JC Magsalin who did a few of my orchestra arrangements for the first solo album and for live events.

The music was in, and I was teary eyed grateful to God that these fine men of music would agree to do a project for someone small like me who was self managed and self produced.

And then the other fear set in. Oh no. I’m going to have to sing.

I mean this song didn’t want to be finished for years? What if it isn’t meant to be? And what if I am the reason it won’t be finished.

I let my fears get the best of me and nearly backed out. 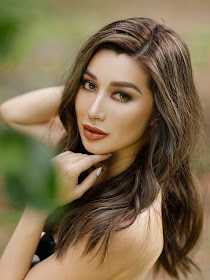 I usually am head strong and hands-on with my work but this time I wanted to take a back seat, I wanted to be a spectator to the process, yet what good is a spectator with a steering wheel? I had to somehow drive… even if I lost my drive…. But nothiung is impossible with the help of a few good musical forces.

I asked for the help of a seasoned producer and performer Moy Ortiz to help me out with my singing, because truthfully I was at a point where I lost all confidence, and he stuck it out with me till the nth take. And finally I felt like maybe just maybe the song would be finished.

The Honasan’s are a respected musical family and again, this song is like a family recipe with my friends in music, it was only right to ask Yosha Honasan (Karel’s wife) who is a monster vocal arranger take the wheel when it came to backups… She along with Amazing alto Pauline Lauron…..and (I’m so lucky to have her on this) My Mom Iwi Laurel took the backup spots towards the end of the song, just to give it the filling in we were looking for.

And that was it. Recording was done. And from that day I begun writing again, incessantly, recording again, 2 more singles recorded and 3 more music videos shot just a couple weeks after… I felt some sort of motivation again.

Everything was set for January 2020

Then Covid happened. Lockdown. A worldwide health crisis. It simply wasn’t time to release anything. And so I thought… yup… I guess this song just wasn’t meant.
That’s that.
I’ll stay quiet.

To pass the time, I wrote other songs in isolation, did 20 quarantine music videos for online releases, collaborated with 10 other artists to keep sane did about 12 fundraiser shows…. But……

this song was just sitting there, mixed and mastered and bugging me still.
What was I afraid of?

It times of uncertainty it was in God’s hands I found shelter. In darker moments, it was faith that would ignite glimmers of hope. True, Hindi ko mababalik ang kahapon…. But the “now” I’m experiencing in all its fragility was a reminder that I was alive, to be fragile is a reminder that I am human…. That I need to take shelter in something greater than me… that I need to give up being a control freak and let God’s hand roll the dice for me…. and…. Be that spectator I was in the studio…. After all, through the many losses and deaths of family members and friends gone to heaven, I was living and I had a purpose and a chance to do something, to start over (as many times as I needed to)

So here I am… giving it a shot… without expectations

Sometimes we can’t just play God and call out what’s meant to be and what isn’t… because our plans have worldly limitations… and who knows there may be a better plan that awaits if we choose to faith over fear.

Let’s see how this goes as I dig through my hard drive of 48 more unfinished pieces. 2020 isn’t over yet.