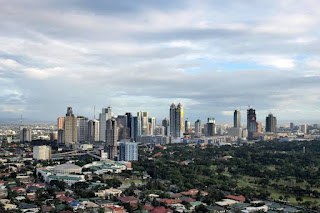 Cities in the Philippines need help when it comes to technical expertise and guidance so they can come up with energy plans that will help them fight climate change and also improve the lives of their citizens, according to WWF-Philippines.

“Because we are still a developing country, we have many challenges such as lack of technical expertise, insufficient manpower and resources, and limited budgets of local government units (LGUs). Despite these hurdles, we are moving forward and coming up with solutions using what little we have and that includes the sharing of knowledge and expertise,” said Cheerylyn S. Agot, WWF-Philippines’ manager for the Financing and Integrating Renewable Energy in the City of Butuan (FinRE-Butuan) project.

“FinRE-Butuan is the first project of its kind in the Philippines where we bring together the LGU, national government agencies, electric utilities, academic sector, chambers of commerce, civil-society organizations, and banks to work together in crafting and implementing grid-connected city energy plans which aims to help in the transition from fossil fuels to renewable energy,” Agot said.
The over 300,000 population of Butuan City, located in the province of Agusan del Norte in northern Mindanao, suffered from power shortages back in 2014 prompting the local government to come up with their energy plans for the future.

The project in Butuan is ongoing and there is already a lot of interest from other cities on how they can also implement a similar project that will help them come up with their energy plan which will contribute to the country’s fight against climate change.

The learnings and best practices of the FinRE-Butuan project which started in 2018 will be compiled into a guide handbook so that other local government units can gain an understanding of the process of transitioning to sustainable and green energy.

“The national policy is already in place in the form of the Renewable Energy Law and the National Renewable Energy Plan 2040 but how can we move forward in implementing plans in our cities so that our fight against climate change can reach more people and have a greater impact?” Ibay said.

“By helping the local governments identify the potential renewable energy resources in their locality, providing them with the step-by-step guide on how this can be developed, and connecting them with financiers or investors, cities can get started on their own path towards a climate-resilient future,” she added.

The FinRE-Butuan project, which is part of the International Climate Initiative, supported by the German Federal Ministry for the Environment, Nature Conservation and Nuclear Safety on the basis of a decision adopted by the German Bundestag, uses a two-pronged approach to helping the city transition away from fossil fuels: (1) lowering the electricity consumption of the city through energy efficiency and conservation measures and (2) developing renewable energy that reduces greenhouse gas (GHG) emissions. These will be outlined and discussed in the proposed Butuan City Energy Development Plan.

GHGs are the primary drivers of global warming and they come from multiple sources such as fossil fuel-based power plants and from transportation. In the recently concluded United Nations Climate Change Conference (COP26) countries all over the world signed the Glasgow Climate Pact and pledged to reduce GHGs emissions in order to limit the change in global temperature to 1.5C.

The Philippine government submitted to the UN Climate Change Convention a pledge to reduce its GHG emissions by 75% for the period of 2020 to 2030 for the sectors of agriculture, wastes, industry, transport, and energy. However, out of the total 75% reduction, 72.29% is considered “conditional” meaning the government will require additional assistance such as funding while only 2.71% is “unconditional” meaning the government will do it regardless of external support.

“We need to work together to achieve our national plans and our international pledges,” Agot said. “On the global scale, the Philippines is not a major contributor of GHGs. But if we can take the lead in implementing these innovative solutions in cities, we can show the world that we can fight climate change and Change the Ending for the planet.”

“The pilot project to make renewable energy a major part of Butuan City will hopefully be a trailblazer for the other cities in the Philippines. We want everyone to see that cities are capable of joining the fight against climate change through planning, developing, and implementing their local energy development plans that incorporate renewable energy use, energy efficiency and conservation measures at the local level,” Agot said
Wazzup Pilipinas sa Friday, December 10, 2021
Share