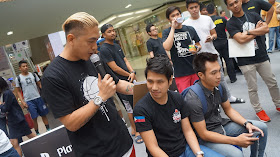 The NBA 2K17 PS4 Asia Tournament – Philippines Qualifier kicked off its first two qualifier legs on October 15 and 16 at the SM Southmall, premiere mall of the South metro, located in Las Pinas city.

Present at the preliminary is Aminolah "Rial" Polog Jr. who was also hoping to compete again this year for NBA 2K17. We had an interview with him during the event at SM Southall where he eagerly shared his triumphant experience from last year. He also shared a few gaming tips and strategies that he uses including which NBA team to choose, which NBA 2K17 in-game character is the best, and to advise gamers to constantly practice, practice, and practice. He emphasized that a gamer should always play with an opponent to enhance their skill.


Rial and Ming finished in the top two spots after making it to the top 6 finalists at the Taipei Game Show. The two competed against each other and the other 4 finalists from Taiwan and Hongkong in a round robin format.

The final match between the two Filipinos had Rial winning with the Oklahoma Thunder, 51-40 over Ming’s Cleveland Cavaliers.


More Videos from the NBA 2k17 Philippines Preliminary at SM Southmall can be seen at our official YouTube channel at http://www.YouTube.com/user/wazzuppilipinas 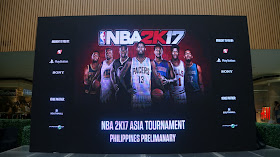 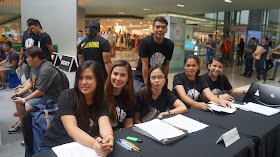 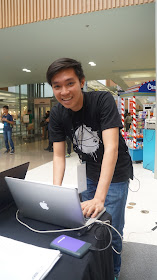 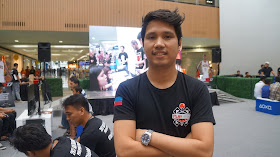 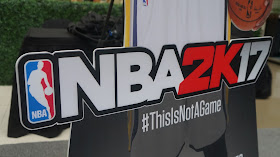 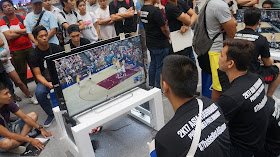 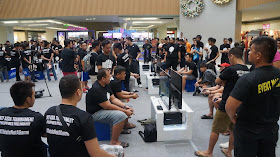 More photos can be seen at our official Facebook page at http://www.Facebook.com/wazzuppilipinas

The third and final qualifier leg for this year will be conducted during the E-Sports and Gaming Summit (ESGS) on October 29 at the SMX Convention Center, Mall of Asia Complex. The top 4 players from the 3 qualifier legs will return the next day on October 30 for the semifinals and finals of the Philippine Qualifier. The NBA 2K17 PS4 Philippine Qualifier Champion and Runner up will represent the country at the NBA 2K17 PS4 Asia Regional Finals in Taipei early next year. Tournament registration will start within the coming weeks via www.slamonlineph.com. Keep an eye out on the Slam Philippines and Sony Philippines social media pages for more updates.

The NBA 2K17 Asia Tournament – Philippines Preliminary is just one of the many exciting events SM Southmall holds for the community. This October, watch out for The Walking Dead Halloween event, presented by SM Southmall, in partnership with Fox and Sky Cable. During the holidays, Southmall treats its customers to an enchanting Christmas show and centerpiece reveal at the Christmas Launch, and an even more enticing Winter Village Holiday Bazaar.

Truly, SM Southmall satisfies the wishes of its people. No matter the season, the occasion or the time of the year, SM Southmall welcomes the community with open arms.
Wazzup Pilipinas sa Saturday, October 15, 2016
Share