Argumentum Ad Hominem: When Attacks Become Personal and Below the Belt 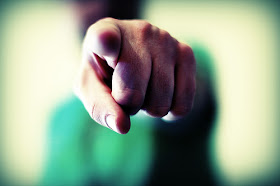 Does anyone else have any suggestion on how we deal with this latest bashing?

There's a recent discussion going on and it started out with a message that was re-shared by a blogger who was known as our diligent detractor who keeps posting negative updates about our founder.

The best thing to know is that there were also other bloggers who were concerned about it and sided with us by reporting what this blogger has done. They sent us screenshots of the discussion via private message and have encouraged our founder to speak out against the maligning post.

Hesitant but he obliged hoping they would come to their senses when our founder shows them proof of his innocence.

However, even when he has proven that he did not gatecrash and was officially invited, instead they dig up past issues and attack his personal traits. Someone even criticized the manner of how he texted or sent an SMS saying it lacked courtesy. They are clearly steering away from the real issue and finding other irrelevant faults instead.

Again, our founder showed proof of his invitations, yet it is being ignored.So perhaps their intent is not to find the truth, but simply to malign him.

It's getting tiring to explain because they are now clearly attacking him as a person. It is not about the issue of gatecrashing anymore. 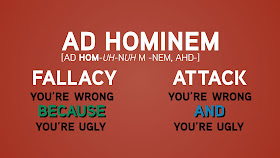 "Well, people react because they have a certain perception. And sometimes, even if it's not true, perceptions become reality. So some of your "bashers" perceive you negatively. Maybe because you have done something in the past. I don't know."

As you can see, the person's character should not be integrated with the false accusations. Since our founder did not commit the allegations, his personal relationship with others should not be the one attacked instead. The moment he has proven his innocence. It should have stopped there already.

So we asked for the opinion of a Facebook friend who is clearly very logical and broadminded. He pointed out many glaring facts that mirror the realities that are actually happening, and suggested some steps we should take if we want to go further with my complaints regarding what could be deemed as malicious.

"But if you were to change their perception of you, you have several options:

1. Libel
2. Move on keep doing what your doing
3. Apologize and admit something

Not everyone is logical. Your job is not to please other bloggers, unless it harms you and your purpose.

If the posts were malicious, and you can prove it was meant to malign you, and what they said is untrue, you have a strong case for libel."

"Well, for the incidents they mentioned, you may not have been guilty. But for their opinion of your character, you may be guilty."

"One can argue that the Facebook post was to malign and assassinate your character, causing harm to you in relation to business as a blogger, for if PR people and bloggers see it, it causes you potential partnerships.

To win a libel case, you must prove intent to malign (other than fictitious claims)."


It clearly has nothing to do with the issue. Their real issue is my character and the post was just meant to humiliate our founder online so many would see it.  We hope that not everyone would be gullible enough to believe their lies.

Because they are no longer discussing the issue, it's beginning to emerge as alarming personal attacks.

"So you have to look at the words they used. Diction. Word choice. Then look at their comments. Are they simply spitting out opinions and facts...or are they being viciously unfair.

For example, you showed proof of your invitations, yet it is being ignored. So perhaps their intent is not to find the truth, but simply to malign you. That can be an argument.

Because they are attacking you as a person. Not about the issue anymore.

But perhaps there are other issues. And these issues left a bad taste in their mouth."


"Based on the facts discussed in that thread, you did not gatecrash. However, that is not their issue anymore as they don't have a counter evidence or rebuttal to your screenshots."


The point here is that the post was merely a propaganda to influence people against me. They couldn't stop PRs, brands and event organizers in inviting me to partner or collaborate, so they come up with online shaming instead.

"But people are people. If they don't like you, they create propaganda."

Is there still hope to reconcile with these guys who obviously hates my guts? Or should we just be happy that many are still on my side?... and perhaps to socialize more and expand our existing relationships guided by the knowledge to tone down on our aggressiveness.


"Well, too much has been said. It may be difficult to repair. What I would recommend is to focus on future relationships. Focus on the ones you have now."

The only reason why many of our bloggers friends are silent, or keeping their alliance with us a secret, is because they do not want to be targeted as well.

These oldies criticized us before when we recruited newbie bloggers for our group and events...saying they are not deserving to promote brands since they do not have a wide reach yet. So we stood up against that idea....and said how would the newbies grow if no one gives them a chance to prove themselves. That was the start of the friction among us..

Someone even challenged us to compare their rankings with my group of bloggers. Lol!

Needless to say, these bloggers are not really after the truth, they just want to gang up on anybody they think would be easy prey since everyone else is jumping on the bandwagon of hate.

Well, they can target me all they want but they won't ever hit the bulls eye because their mouths are full of nothing but shit.
Wazzup Pilipinas sa Sunday, October 16, 2016
Share