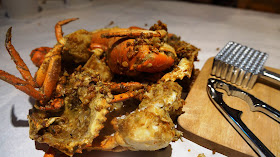 Davao's Blue Posts Boiling Crabs and Shrimps is finally here in Manila, and will soon be ready to serve customers sometime within the month of September. This phenomenal seafood restaurant has opened a branch at SM North EDSA and is truly well deserving to be among the fine restaurants that will eventually be a crowd favorite as well here in Manila just as it is in Davao. Their finger-licking feasts does not fall short of expectations. Get ready to be among the very first customers in Metro Manila to taste their gastronomically satisfying dishes.

This newest branch at the Block of North EDSA is their third but the owners and franchisees revealed during the grand media launch that there will soon be two more branches opening - a fourth one in Davao and a fifth one at SM Mall of Asia - and a few more branches within Metro Manila during the next coming years.

Wow! There seems to be nothing stopping this famous seafood restaurant from Davao in also conquering Metro Manila. We are looking forward in getting messy but savoring their delightful shrimps and crabs dishes, as well as their other offerings.

We've already shared videos including interviews with the owner and franchisees during the media launch at our official YouTube channel http://www.YouTube.com/user/wazzuppilipinas and lots of photos at our official Facebook fan page http://www.Facebook.com/wazzuppilipinas including GoPro video shots before we ultimately dig in to the messy but finger-linking fabulous feast. We were not able to take videos of our messy dining due to the account that both our hands were busy with the sumptuous crabs and shrimps. Lol!

More videos during the media launch can be found at our official YouTube channel http://www.YouTube.com/user/wazzuppilipinas 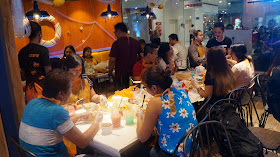 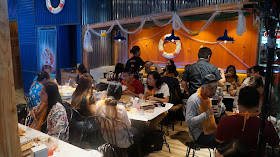 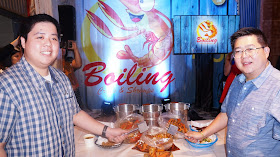 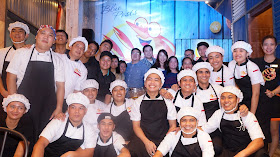 Below are the dishes we feasted on during the media launched: 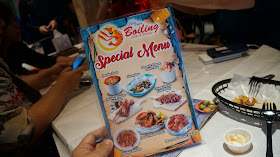 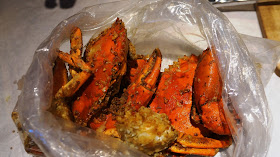 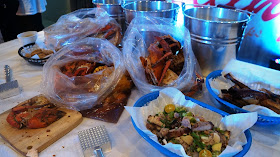 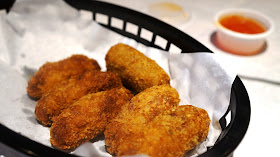 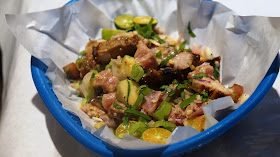 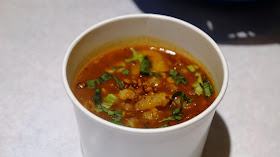 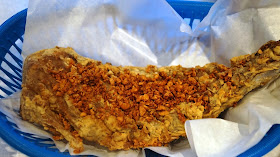 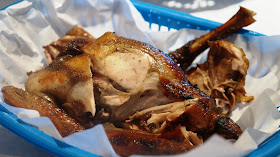 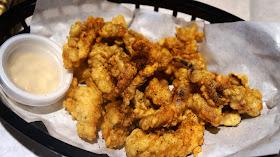 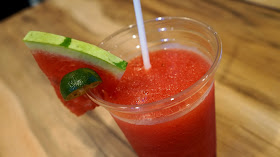 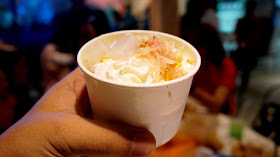 More photos can be found at our official Facebook fan page http://www.Facebook.com/wazzuppilipinas

Below is their official press release:

Davao is home to the Philippine eagle, mangosteen, and durian. But since 2013, it has also become the home base of Blue Posts Boling Crabs and Shrimps considered as one of the best homegrown casual-dining restaurants in Davao.

Diners come in droves to Blue Posts Boiling Crabs and Shrimps for its unconventional and informal dining style and an interior inspired by the look and feel of a fisherman’s wharf. A fisherman’s wharf is the place where fisherfolks converge and one of the most famous examples of this is the Fisherman’s Wharf in San Francisco, California which has been redeveloped into a tourist attraction.

Blue Posts was not envisioned as a seafood restaurant. When a group of friends, all fresh out of college and with a common love for going out, traveling, and bonding over food and drinks, decided to venture into a business 22 years ago, their original concept was a bar.

In 2013, Blue Posts was redesigned into a casual-dining haunt. The place owes its reinvention to Mr. and Mrs. Anthony and Jennifer Ang who in one of their US trips noticed the emergence of casual-dining seafood restaurants. Their popularity was such that people would line up even before the stores would open and didn’t mind it.

One of these restaurants was so distinct it boasted a “messy finger-licking” dining style which reminded the couple of the very Pinoy “kamay-kainan” dining fashion. The Angs knew at once that they had to bring the same concept to Davao City.

At Blue Posts, dining with bare hands is the norm. Once the food-grade wax paper is set before you accompanied by a Blue Posts bib, prepare for a messy but satisfying gastronomic adventure.

Diners can choose from a wide roster of seafood placed in a food grade boiling bag mixed with the signature Blue Posts Cajun Special Sauce, along with corn cobs and other extras such as sausages and boiled potatoes. Customers can choose whether they prefer it regular, mild, or spicy hot. Whatever level of flavour you pick, the dishes remain interesting, mouth-watering, and worth going back to.

Other than its delightful seafood menu, another Blue Posts attraction is the writing of graffiti on the restaurant walls.

It is no wonder that aside from the first branch which opened on December 8, 2013 along J.P. Laurel Avenue and between Davao Water District and SM Lanang Premiere, Blue Posts Boiling Crabs and Shrimps launched its second branch last June 28, 2014 at Lanang Business Park.

Bigger things are in store for this Davao homegrown restaurant this 2016. Blue Posts Boiling Crabs and Shrimps continues to spread the seafood goodness unlike anything you’re ever tasted with the launch of its very first branch in Manila at the 4th level of The Block at SM North Edsa.

From Davao to Manila, the journey of Blue Posts Boiling Crabs and Shrimps is something worth relishing.
Wazzup Pilipinas sa Sunday, August 28, 2016
Share