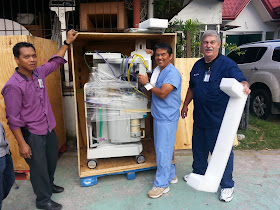 In celebration of its 86th anniversary, the Adventist Medical Center Manila (AMCM) conducted anew a medical mission in collaboration this time with the US-based Florida Hospital. The program was conducted at the AMCM premises on November 11-17 this year, providing consultation services for 132 internal medicine patients, 49 pediatric patients, and 129 optometric patients. A total of 352 dental treatments were also given for tooth extraction and restoration, and even oral prophylaxis. As for the surgical services offered, 125 minor cases, 93 major cases, 13 obstetrics-gynecology cases, and 8 ophthalmology cases were assisted.

While this had been one of AMCM’s many medical missions for years, this was the first joint mission with Florida Hospital. This was Florida Hospital’s maiden project under its Global Mission Initiatives in Asia. The foreign team brought with them modern medical equipment and a great amount of medicines to the benefit of the patients. At the end of the one-week mission, the US medical professionals were treated to a grand Filipino fiesta-style program showcasing Pinoy folkdances, traditional songs and native Filipino foods. Delighted by the success of the mission, Florida Hospital team promised to return with an even larger contingent and supplies next year.

From its humble beginning as a small clinic in Malate, Manila in 1929, AMCM currently stands proud in the heart of Pasay City as a non-stock and non-profit tertiary hospital equipped with highly-trained, professional medical team and fortified with efficient technology. AMCM carries out its regular medical missions in furtherance of its quest of ‘Sharing Jesus Christ’s Healing Ministry’ for the less and the needy regardless of their religious creed or political beliefs. “By far, this was the biggest among the medical missions organized by the hospital”, said Abdul Rajagukguk, anniversary celebration chairman. 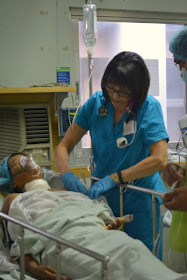 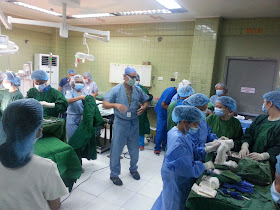 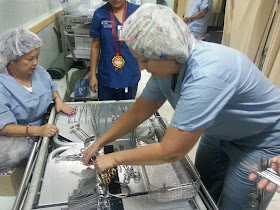