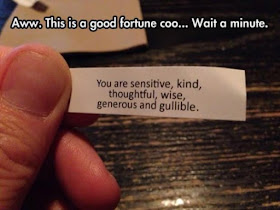 There has been fake FB accounts posting fake events for bloggers. Unfortunately, many bloggers have been signing up, both veteran and newbies are victimized by this scumbag who has so much time in his wretched life that he wants to make fun out of bloggers especially those who are just so passionate in joining every event available.

What is so alarming is when other bloggers laugh at the ones who fall prey to these scammers. They would criticize and even create threads to talk behind the backs of the victims. Instead of cursing the scammer, they would humiliate the victims and say "Anong klaseng bloggers kayo" implying the bloggers who signed up could not easily sense that it was a scam, and will make them look greedy for every event out there.

Look at the signs they say, but AFAIK, some event organizers do not really reveal everything on their posts and details are only given to only those chosen. This is why there is a sign-up. Not everyone who signs up will be contacted and selected for the event.

Though it is true that bloggers also need to verify the identity of the event organizer, some bloggers would sign-up immediately before they ran out of slots. They get the details later because the most important right now is to get in.

This is why some bloggers would sign-up at multiple events even if they are all happening at the same time. Some bloggers do this so they can choose which one they deem better or worth their time. Though I don't really encourage such habits because the losing party here would be the event organizers. What would you feel if someone signed up at your event then changes his or her mind the last minute? 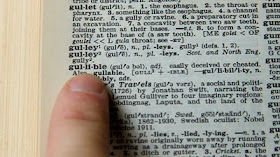 But you can't really blame some bloggers for signing up without thinking. The game today requires you to be fast. This is because some event organizers or PRs would choose the firsts among the list (ay first ten to sign up before the thread closes). It is very rare that they will pick the best among those who signed up. They are just too busy to be extra delicate about their invites.

This forces some bloggers to sign-up immediately, and do their thinking later. That is why some would end up signing up for a mommy bloggers event even though he is obviously male, or an event for parents who have kids, even though they are single.

Some PRs and event organizers would also ask bloggers to invite other bloggers for them. Of course, that would end up only the blogger's friends and acquaintances being invited.

Nowadays, it does not matter if your blog is the most active, multi-awarded or has the most substantial content. Many bloggers get invites out from recommendations of fellow bloggers. There is only a handful of PRs who really study and look for the most appropriate blogs that will fit their promotions.

My real point here is that: The bloggers who feel they are more cunning to distinguished a scam from the real deal should take into themselves the responsibility of warning bloggers before they are victimized. They should give out ample warnings to make us all aware of an impending danger that lurks behind an unscrupulous identity. They should not humiliate bloggers, or talk behind the backs of the bloggers by making threads where they can laugh about their gullibility. 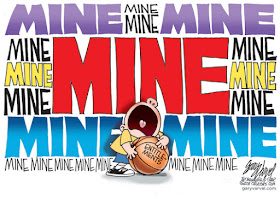 Some bloggers feel that they are more knowledgeable than most bloggers. They feel they deserve better, and should be a class of their own. That feeling of entitlement is what really causes this blogging community to collapse. Instead of caring for each other, some would end up competing for a top place in the community. Thus some would resort to finding fault amongst their fellow bloggers, and taking negatively about them. Others would even spread the rumor among their PR friends. Sadly, some PRs would listen and believe all for the sake of friendship.

To all those bloggers who have nothing good to say about their fellow bloggers, look at yourselves in the mirror and ask yourselves the same question: "Anong klaseng bloggers kayo?"

Come to think of it. The bloggers who make fun, or talk bad, about their fellow bloggers seems to be the ones lacking in attention. They need some warm hugs from Olaf, and some smooching kisses from Smurfette.
Wazzup Pilipinas sa Monday, June 22, 2015
Share