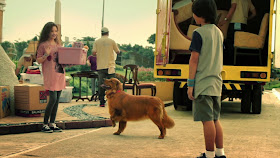 "A young boy looks up and suddenly his world changes. In an instant, he has been cast out of the boyhood life of toys and comics, playing pranks and computer games and entered into the world of love-at-first-sight-- or was it crush-at-first-sight?

But the first sight may be the last. Or maybe not..."

That was a portion of the description of Camella's newest Television Commercial (TVC) that you can view below about young love between a boy and a girl brought together conveniently by a pet dog that obviously understands his master so much. Yup! All the elements for a romantic teen teleserye love story infused with our love for adorable smart pets are all here.

No adults were explicitly shown in the story because it mainly focused on our three lovable characters which made the TVC a lot more interesting since it was easy to grow so fond of the lingering scenes when the boy seemed to be thinking about the girl he almost met. The last act of the dog was so cute that I wouldn't want to spoil it by giving it away already. It's better that you watch the video clip on your own so you'll appreciate it more.

Just in time before Valentine's Day, Camella creatively introduced its master-planned communities with an interesting and cute love story that speaks directly to the Filipino heart. The video would like to share that "One does not just own a home in Camella. One lives a life."


True enough, the city’s fastest growing community for Filipino families has been churning out one gripping advertisement after another as they make it easier for Pinoys to finally own their dream home. Kudos to the imaginative minds of the creators of these TVCs for coming up with heart-warming videos depicting scenes we can easily relate to.

Now that you've seen the TVC, I am sure it brought back memories of our own puppy love stories when we were young. This new TVC made us look back into the past to reminisce the very memorable moments when we had our first crush. It got me thinking about how I actually made some effort in writing a love letter to my classmate during grade school. She was like an angel sent from above with her solemn face and enticing smile. I swear I thought of her every hour of the day.

It is not surprising that Camella is able to touch the hearts of the viewers with their TVCs. The highly successful “Bulilit” TVC which hit everyone with its honest cuteness, followed by “Bunk Beds” – a more emotional yet comical take on the Filipino situation, were all hits adored by many viewers.

This time, Camella comes up with another TVC entitled “Isang Sulyap” – a sweet, romantic story that starts within the bounds of the Camella community...and doesn't really end because the last scene of the TVC actually shows the beginning of probably more intimate moments between the two young hearts.

Each one of these TVCs have subtle messages that aims to touch the hearts of Filipinos....and gives each one of us something to think about as we plan for our future lives, including our choice of homes. 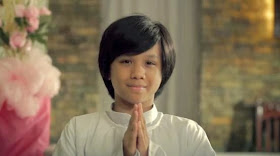 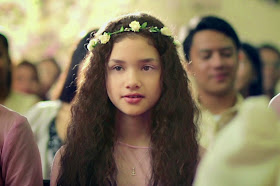 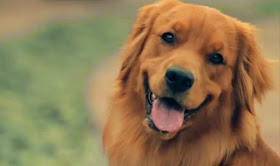 The gist of the television ad is all about a little altar boy who saw a cute little girl during a wedding. That look led to a continuous dream-like gaze as if he took the place of the groom and whispered the words "I do" to signify his feelings of love towards the girl. The boy almost got to meet the girl because of his pet dog named Max, but he was just too slow to take the opportunity because the girl already left even before he could utter a single word.

The succeeding scenes indicate that the boy apparently couldn't take his mind off the girl as shown by his loneliness and that scene where he drew her face on a notepad. The faithful and obviously smart Max could sense his ward's uneasiness and infatuation over the girl that he tried his best to entertain the boy through playful initiatives.

Max's biggest opportunity to bring the best smile out of the boy was when he caught a glimpse of the little girl again who seems to be moving in to a new home within the Camella master-planned community. He quickly ran towards her followed by the boy who was surprised to see the girl again. Max literally dragged the boy towards the girl so he could finally greet her up close with an endearing "Hi." 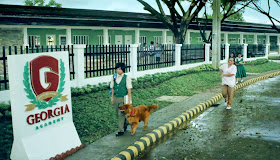 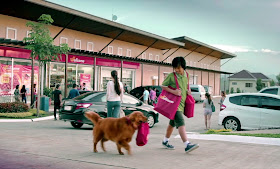 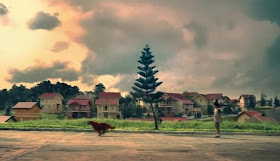 Honestly, I was swooning in delight while I was watching the video. The love-at-first-sight story angle of the Isang Sulyap TVC also brought out a smile from me I had to watch it over and over again since I wanted to capture every "emo" scene especially the "kilig" moments of the video frame by frame.

Unlike Camella's previous TVCs that were family-centered, Isang Sulyap has gone even farther and spanned out into communities. The message is clear: Camella is where you find people, friends, families, and neighbors who want and enjoy the same things you do. Peaceful places where your kids are surrounded by safe, trusted, and well-meaning people and families.

Of course, further inspection divulges more than just that. Isang Sulyap and the accompanying catchy song tells the story of a little boy who has everything within easy reach and practically just a few steps away. The TVC shows a well-respected school, a supermarket, a park, safe roads, and enough room for kids – and their various pets – to play and frolic. 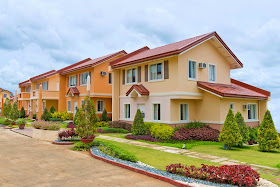 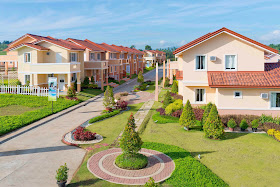 The Isang Sulyap TVC would like to let everyone know that Camella is not only about building beautiful houses, but also master-planned communities with facilities and amenities designed to raise residents’ lifestyles to a level beyond expectations, while making living easy and convenient.

You'll see a lot of what Camella has to offer from the TVC featuring the amenities of communities that were designed to be almost completely self-contained, offering everything from commercial centers, retail stores, restaurants, convenience stores, drugstores, and groceries or supermarkets; to educational establishments; to even churches and other centers for worship. All these come with lifestyle facilities that amazingly deck all other Camella properties like clubhouses or function halls, swimming pools, play courts, playgrounds, parks, walkways, and jogging or biking paths. 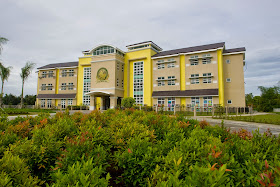 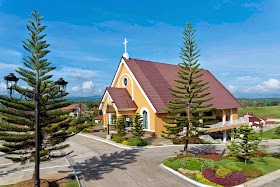 Going to the Heart of the Matter

Nobody does an ad concept better than the Camella team who definitely has a deeper understanding of their market. Camella has taken one step forward with this TVC by brilliantly coming up again with something unique that speaks directly to the Filipino heart: the concept of peace and ease of living in a community that helps the family grow in comfort. At first, you might focus on the boy’s crush-at-first-sight experience, but ultimately, it’s all about new beginnings in greener pastures. The “Isang Sulyap” offers the promise of exactly that – and more.

To put it simply, Camella offers not just a home for your family– they’re offering a master-planned community, a better way of living, and ultimately, a better future for you and your family. It’s really the Filipino Dream in a bigger, grander scale.
Wazzup Pilipinas sa Wednesday, February 11, 2015
Share