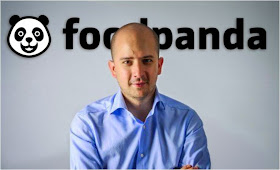 Global online food delivery company foodpanda announced today that it has fully acquired Singapore-based Food Runner, which operates the brands Room Service in Singapore, Malaysia and Indonesia, and in the Philippines, City Delivery. Already in leading position in most of its Asian markets, foodpanda additionally acquired competitors in India, Pakistan, Thailand, Hong Kong, and Bangladesh. This follows the series of acquisition in Europe, giving foodpanda the leadership in South East Asia, next to its other core markets in India, Russia, Brazil, and Mexico.

Food Runner, founded in 2012 operates the brands City Delivery in Philippines, as well as Room Service in Malaysia, Singapore and Indonesia. On the other hand, in other countries, foodpanda already runs foodpanda.ph, foodpanda.com.my, foodpanda.sg, and foodpanda.co.id, respectively.

“With the recent acquisitions foodpanda becomes the market leader across South East Asia. The combined expertise and experience of several great local companies allow us to significantly improve our offering and service to our customers”, said Ralf Wenzel, Co-Founder and Global Managing Director of foodpanda.

Since its launch last June 2014, foodpanda Philippines has been performing aggressively, partnering with 500 restaurants in just a span of 6 months. And with this acquisition, foodpanda clearly is positioned to be the market leader in online food delivery amongst all other key South East Asian markets, including Malaysia, Indonesia, and Singapore.

“We are very happy to announce this acquisition. Being in the market since 2014, we will continue to invest in customer service, getting more restaurants on board and also providing the best delivery service for our customers”, added Mauro Cocchieri, CEO of foodpanda Philippines.

Through this acquisition foodpanda.ph, which has been active in the Philippines since 2014, will be clear market leader. Furthermore, it will allow the company to strengthen last-mile delivery, allowing to automate, track and scale delivery options. foodpanda partners with over 500 restaurants in Metro Manila, Cebu and Davao. The service will also launch in Cavite, Laguna, Rizal, Baguio and Pampanga before the end of 2015.