Bacolod: The “City of Smiles” and Merriment 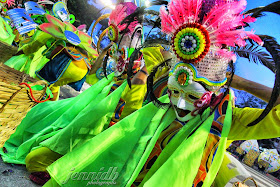 Masskara, one of the most colorful and upbeat festival in the Philippines. Celebrated on October 19, during the charter day of Bacolod City . “Mass” meaning crowd and “cara” for face, originally coined by painter Ely Santiago. Masskara Festival was initially created to uplift the spirit of the people during the tragic times in the 1980’s.

Since then it becomes one of the most highly anticipated festival of the year because it is a month long celebration. The highlight of the festival is the street dancing competition and parade. Each team that represents a dance group wears a mask and costume originally designed for their specific dance moves.

A beaming face with a smile and laughing gesture is a must in every mask worn by performers as well as colorful and exquisite costume.

I was lucky enough to be invited to witness the festival up close. Armed with our cameras and gears, we followed, danced and took photos of the happiest festival. 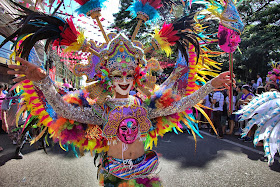 It was an amazing experience to witness the highly energetic moves in the midst of heat and heavy headgear they wore and not to mention the highly embellished costume. It’s so lively, upbeat and at the same time a feast to your eyes. Kudos to the designers for they really are world class designs. 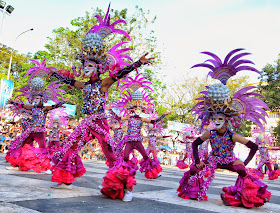 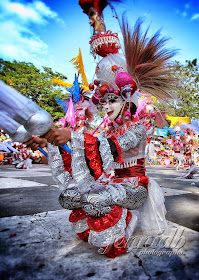 Aside from the street dancing, we were invited to join the boodle fight at the plaza and watch the performance and fireworks during the charter day celebration at the municipal building.

Absolutely one of the best party that everyone must attend.


Written and photos by Jenni Dungan
Administrator at “We are FUNtastic Philippines”, a tourism advocacy group in Facebook
https://www.facebook.com/groups/we.are.funtastic.philippines/