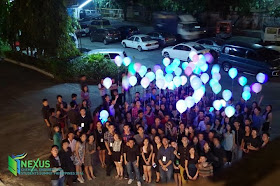 Last February 7-9, 2014, the seventh annual Chemical Engineering Summit themed Nexus: Embracing New Possibilities Through Unified Perspectives was held in the University of the Philippines Diliman. Over 300 students from all over the country have come to unify perspectives on significant issues and innovations in the chemical engineering field as they attend the three-day series of seminars, lectures and workshops organized by the UP ALCHEMES.

Participants were welcomed to the Chemical Engineering Students Summit Philippines (ChESSPh) 2014 in an opening program. The opening remarks were given by Dr. Rihacrd Chu, a chemical engineering professor in UP Diliman. ChESSPh then kicked-off with its first program in Quetzal: ChE Career Paths Colloquium. Undergraduates with internship experiences were invited to share some of their insights on working with big companies. Mr. Edsel Serrano, a 5th year student in UP Diliman, shared stories about his internship at Coca-cola Bottlers Philippines Inc. Mr. Charles Hernandez of UST talked about training with Philippine Polypropylene Inc. while Mr. Paul de la Torre of UP Los Baños with Texas Instruments. Engr. Mark Lynius Payabyab and Engr. Diana Gernan, shared their work experiences, giving the participants some ideas on the different paths taken by chemical engineers.


In the evening, a kick-off dinner was held in Ecclesia: Kick-off Dinner. The participants were welcomed introducing them to the event, its organizers and sponsors and to fellow participants from other schools. Performances were given by This Band. There were icebreaker games and fun activities with several prizes from event sponsors given away to the winners. Participants enjoyed the night as they got acquainted with one another.


The following day, some of the participants left early in the morning for Raconteur: Plant Visit. Half of them were able to visit the Amherst Laboratories Inc. in Unilab Pharma Campus, Biñan, Laguna while the other participants went to Dupont Pioneer in Luisita Industrial Park, San Miguel, Tarlac. The plant tour is a great opportunity for chemical engineering to witness the reality of the chemical engineering unit operations and processes they learn in the classroom as they get an up-close view of how the actual processes and operations work in industry.

Back in UP Diliman, Scintilla: Innovations Seminar was held. Engr. Harold Aquino shared some points on innovation and as he pointed out barriers that hinder it, stressing out that in order to innovate efficiently, do not fix what is not broken. His talk was followed by one from Dr. Wilfredo Jose who talked about the paradigm in chemical engineering, introducing his advocacy to the participants.

In the afternoon, the younger participants attended the seminars Et ChEtera and Vida Verde while the fourth and fifth year students attended a career workshop in Fianchetto. In Et ChEtera, Engr. Walter Escaño gave a lecture and a complementing activity on marketing ideas in a competitive world. In Vida Verde, Ms. Raiza Elumba from Haribon Foundation Inc. gave a talk on the preservation of the endemic species in our country raising environmental awareness in future engineers. Meanwhile in Fianchetto, students listened to the talks of Flour company representatives Mr. Samuel Santos and Mr. Elbert Olaes, both from Flour Company, as they shared resume writing tips to guarantee an interview. It was followed by a workshop about business etiquette, image and social grace handled by Ms. Suzie Benitez.


On the last day of ChESSPh, experts Dr. Alvin Culaba and Mr. Rafael Diaz were invited to give a talk in the event, Kibitz. They shared information on biofuels, discussing its significance as one of the country’s energy sources. After their talks, members of the UP Debate Society led the participants in a debate answering the question “Are we really saving the environment with exploring alternative energy or are we just burdening our motorists with the cost?” Prizes were given to the best speaker and the best argument. After the debate was the final seminar of the summit, Fianchetto, a corporate talk. The talk included Ms. Jean Tamondong from Shell and Engr. Prince Elmer Reyes from Philippine Batteries Inc. who introduced the participants to the different corporate companies in the country.

Finally, after three long days of seminars and talks, the summit celebrated with Piging, a culminating party held at La Piazza, Old Balara Road, Diliman. It was a night full of food, fun and games. Various special awards were given away to the delegates and special performances from This Band from the UP Music Circle were given. To officially close the event, everybody went outside to participate in the release of LED balloons into the night sky – a perfect farewell to the ChESSPh 2014.

Sponsored by UP Diliman Office of the Chancellor and Office for Initiatives in Culture and the Arts.

In cooperation with Greenlite Banner.

Also brought to you by Mabuhay Vinyl Corporation, Motolite and Faber-Castell.