Ongpin's Mr. Ube and His Advocacy 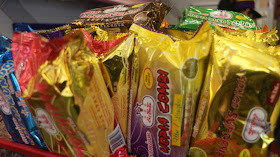 A visit at the Binondo church brought us to Ongpin where Eng Bee Tin - the Chinese Deli famous for having the best "hopia" and "tikoy", is located.

Owned by the humble Gerry Chan, otherwise known as Mr. Ube, a legend, not only at the Ongpin area, but also all over the Philippines. I will not be surprised if his popularity has also reached out of the country. He truly has provided the best hopia and tikoy, as well as other Chinese food products, in the country.

I first met the owner during a bloggers event held at his newly opened Mr. Ube Rice and Noodle House located in Binondo also. The noodles and rice meals also lived up to the quality that are found in their hopias and tikoys. 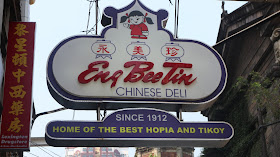 Gerry Chua, or Chua Chiu Hong, established Eng Bee Tin in a simple stall in the heart of Ongpin, Manila. The stall became well known for its traditional Chinese delicacies, such as hopia, tikoy and glutinous balls. Eng Bee Tin has mastered the art of producing world- class Oriental delicacies.

He was known as Mr. Ube because he popularized the ube-flavored hopia. He once traveled to the province of Pampanga to master the art of ube making under the tutelage of the best halayang ube makers.


Once the first batches of the soon-to-be famous ube hopia started rolling out, Gerry attempted to export them. Response was lukewarm at first, but business eventually began to gather steam as more and more orders poured in from abroad. For the first time in a long while, business was good, and it was about to get better.

A feature in a TV show paved the way for the business soaring into greater heights. Mr. Gerry Chua then renamed Eng Bee Tin Hopia Factory to Eng Bee Tin Chinese Deli. Eng Bee Tin remains in the same spot it has occupied for over ninety years. It is a visible landmark in Ongpin, cheerily lit as a testament to its booming business. 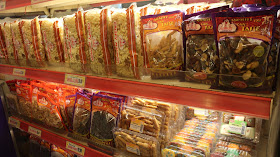 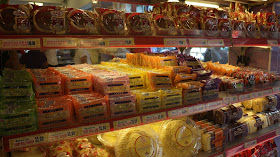 The many Eng Bee Tin stores,outlets and the availability of their products in many groceries is proof that many have patronized his famous hopias and tikoys. Its product line has actually expanded beyond Chinese Delicacies. They also now have quality frozen products, Filipino treats, processed seafood, and even breads and cakes.

The company's trend of innovation continues to this day, from its fully automated hopia manufacturing processes to its strict hygienic standards of quality control (running the final product through metal detectors, and packaging it in a hygienic pillow pack) one is assured good food that is both delicious and safe.

Eng Bee Tin products are locally available in various supermarkets, groceries, restaurants, office and school canteens. The company is also one of the biggest international exporters of Hopia, delivering to Asia, the Middle East, Europe and the USA. 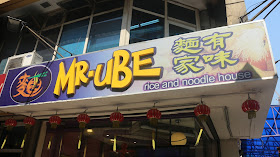 Mr. Ube has recenly opened up a new restaurant serving rice meals and noodles. It is appropriately called Mr. Ube Rice and Noodle House. It can be found also within the same area where his Eng Bee Tin stores are located. It a modestly-sized yet comfy establishment where you'll get to taste many of Mr. Ube's other Chinese delicacies.

Get to try them out on your own to experience the quality taste that we have found in Eng Bee Tin products. 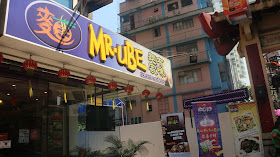 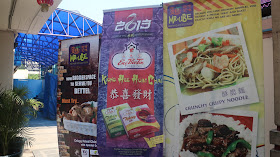 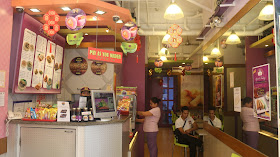 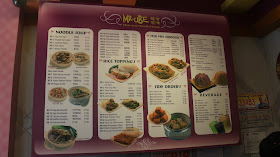 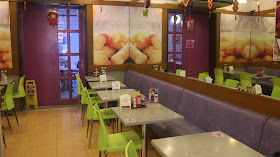 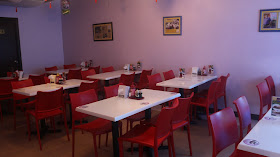 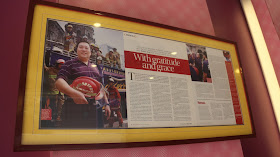 From very humble beginnings to a man with a considerable amount of fortune today, Gerry Chua remains very approachable and easy to talk to. During the Bloggers' Date with Mr. Ube event, he remained to be the jolly hopia and tikoy promoter that we usually see on television morning shows. We fancy the many flavors of his hopia and tikoys, and how he sells them on live television. Lately we now see just his son doing the promoting so it was a treat that he was the one who entertained us during the bloggers event. 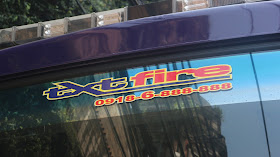 Never wanting to abandon its roots, It strives to be a visible part of the community, evidenced by the purple fire engines it has donated to the local volunteer fire brigade. You could see a few of the fire trucks all lined up near the Binondo church. Purple is Mr. Ube's trademark color so instead of red all of his fire trucks are colored just like his famous ube hopias. 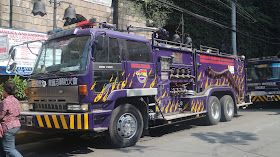 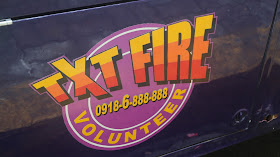 TXT FIRE is somewhat an advocacy or an honorable movement meant to help out the community where he set up business. It is Gerry Chua's way of returning or sharing a portion of his luck and fortune to the people. 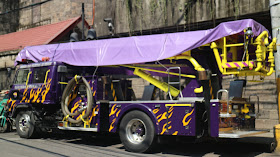 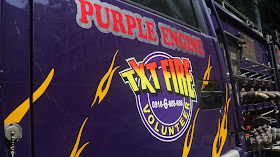 To quote on a blogger friends statement "Mr. Ube's commitment for our society is never-ending. According to him, Mr. Ube Rice and Noodle House aims to acquire five units of ambulance to serve the indigents who can’t afford to pay for ambulance service to hospitals. He is well aware of his responsibility to the community where his businesses operate from."

Cafe Mezzanine, another restaurant also owned by Mr. Ube, completely donates its revenues to the Binondo Paco Fire Volunteer. The volunteers get a 20%  discount when they dine at Cafe Mezzanine in order to recognize their efforts and the hard work that they put into their job.
Wazzup Pilipinas sa Thursday, March 28, 2013
Share